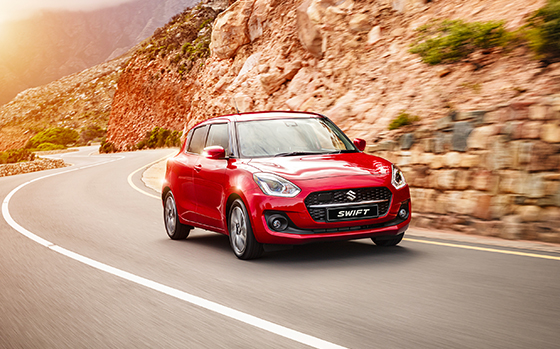 Suzuki Australia is excited to announce the launch of the new Suzuki Swift for the Australian market.

With up to $2000 in added features, the Swift now cements its position as one of the best value propositions in the light car segment.

New advanced safety technologies have been introduced to ensure Swift drivers are as safe as possible when behind the wheel. These features include blind spot monitoring, rear cross traffic alert, heated door mirrors and reverse parking sensors.

Blind spot monitoring detects vehicles in or approaching the rear blind spots on either side of the vehicle by illuminating a warning LED icon in the relevant exterior mirror.

Rear cross traffic alert uses two rear mounted side radar sensors to alert the driver of approaching vehicles on either side of the vehicle when reversing out of car park spaces.

These key advanced safety features are now standard across the GL Navigator Plus and GLX Turbo variants.

Other new standard features across all grades include a digital speedometer and auto up windows. Rear speakers, already standard in the GLX Turbo, have been added to the GL Navigator variants.

The engine configuration remains unchanged, as does the colour line-up except for the two tone grey which has been replaced with a single tone grey.

With its legendary Japanese reliability, and uncompromised quality, Australians already know and love the iconic Suzuki Swift. Now with the new Series II, there are even more reasons to make Swift your choice.